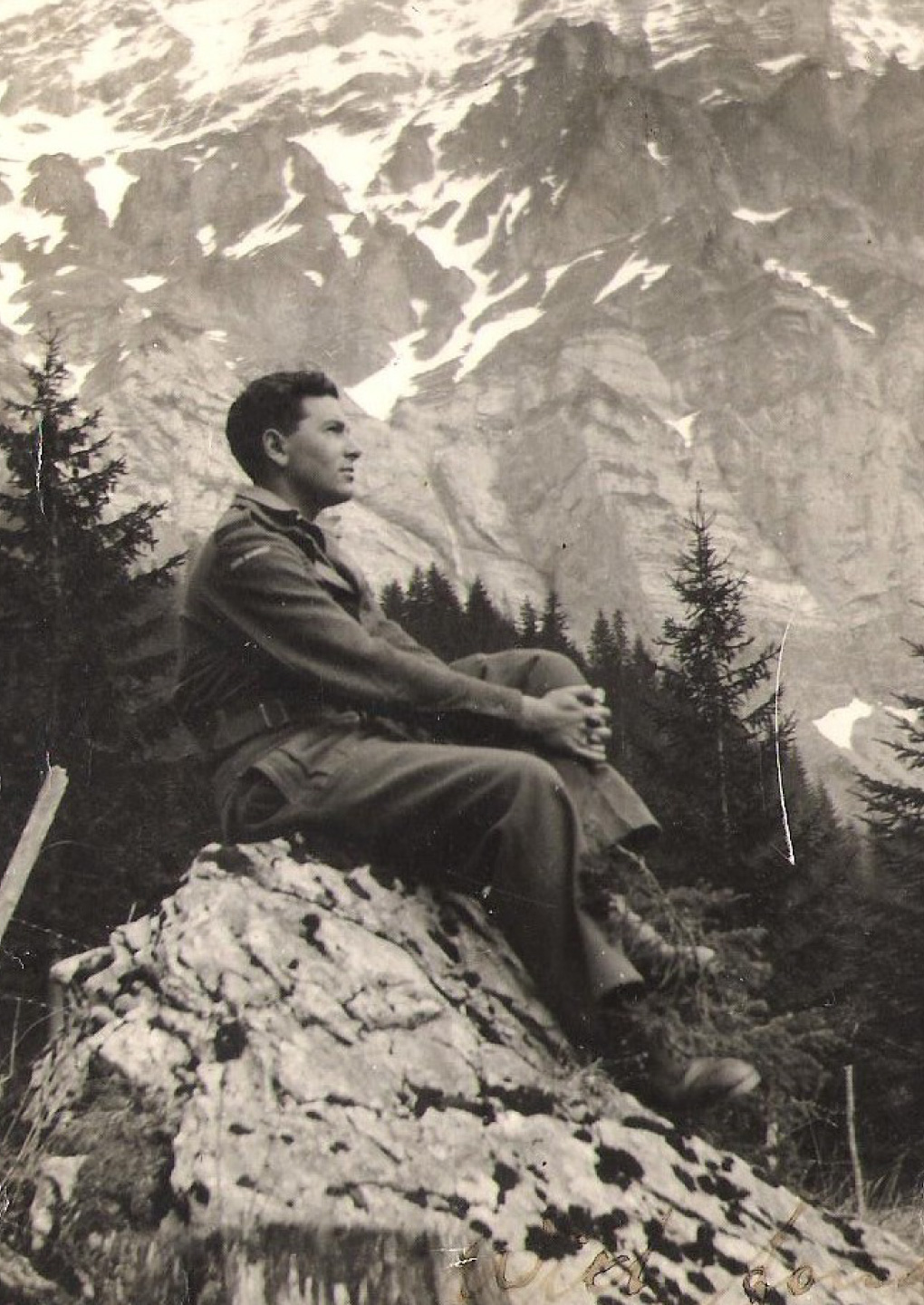 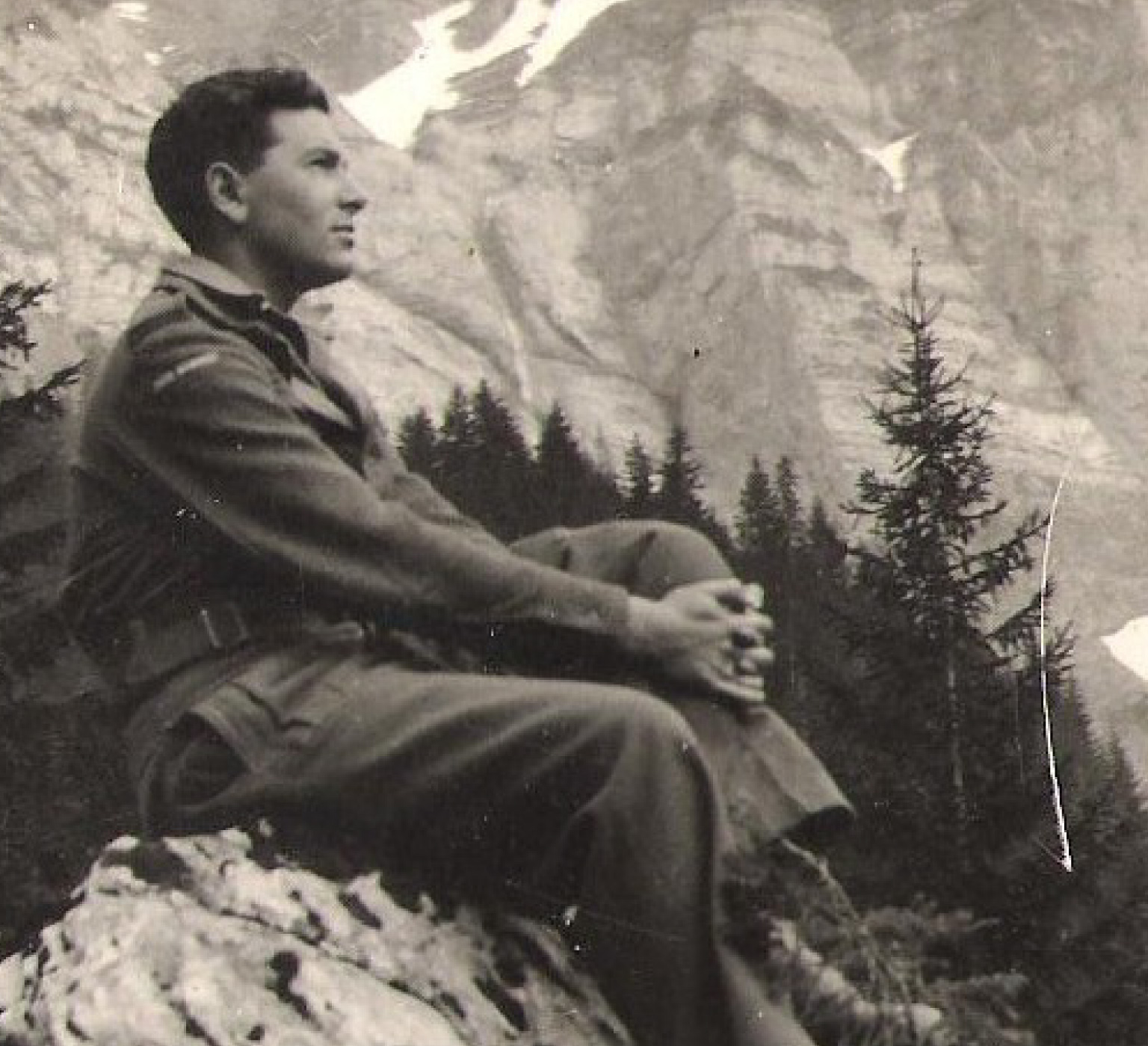 AS THE LEGEND GOES…

DURING WORLD WAR 2, THREE SOLDIERS HELD PRISONER, PROMISED TO WEAR RED SOCKS TO REMEMBER EACH OTHER AND ALWAYS ‘BE TOGETHER’ SHOULD THEY MAKE IT BACK HOME TO SOUTH AFRICA ALIVE…

THIS IS THE STORY OF SIDNEY FEINSON, A SOUTH AFRICAN JEW, WHO FOUGHT IN AND WAS CAPTURED DURING THE BATTLE OF TOBRUK IN ITALY.

SIDNEY FEINSON WAS BORN IN EAST LONDON ON THE 11TH OF APRIL 1921. HE JOINED THE SOUTH AFRICAN ARMY IN 1941 AND WAS SENT TO BATTLE IN NORTH AFRICA, WHERE HE WAS CAPTURED IN THE BATTLE OF TOBRUK ALONG WITH 97 OTHER SOUTH AFRICAN SOLDIERS. THEY WERE TAKEN TO A PRISON CAMP ON THE FARM OF SIGNOR COLLARANI. AFTER 12 MONTHS IMPRISONMENT FEINSON AND TWO OTHER PRISONERS OF WAR MANAGED TO ESCAPE WITH THE HELP OF A YOUNG ITALIAN GIRL AND A PRIEST. THEIR TRAUMATIC JOURNEY AFTER THEIR ESCAPE AS THEY HEADED TOWARDS THE SWISS BORDER, HIDING IN HOMES AND CHURCHES OF COURAGEOUS ITALIAN’S WHOSE VILLAGES WERE OVERRUN BY GERMAN SOLDIERS, WAS A HARROWING BUT HEART-WARMING ONE.

THIS COURAGEOUS JOURNEY AND STORY OF ‘TOGETHERNESS’ WAS BROUGHT TO LIFE MANY YEARS LATER IN 2007, WHEN TWO FRIENDS JOHN MCINROY AND IAN SYMONS, SOUGHT A WAY TO HONOUR AND CELEBRATE LIFE THROUGH THEIR OWN FRIENDSHIP. HEARING THE TALE OF THE ORIGINAL RED SOCKERS, THEY DECIDED TO GIVE EACH OTHER A PAIR OF RED SOCKS AND VOWED TO WEAR THEM EVERY FRIDAY. BY DOING THIS SMALL INCONSEQUENTIAL THING, THEY COMMITTED TO CONSCIOUSLY CONNECT, REMEMBER AND CELEBRATE THEIR FRIENDSHIP, AND TO ALWAYS ‘BE TOGETHER’ NO MATTER WHERE THEY MIGHT BE IN THE WORLD. 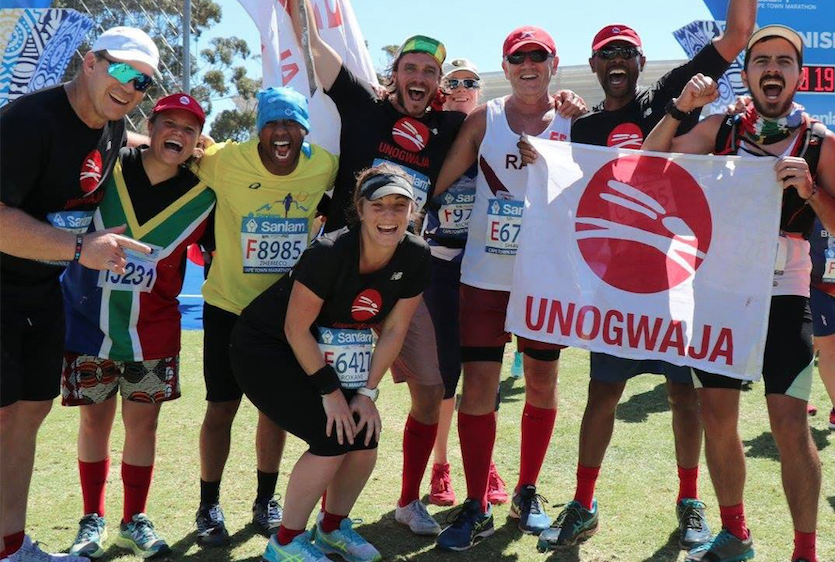 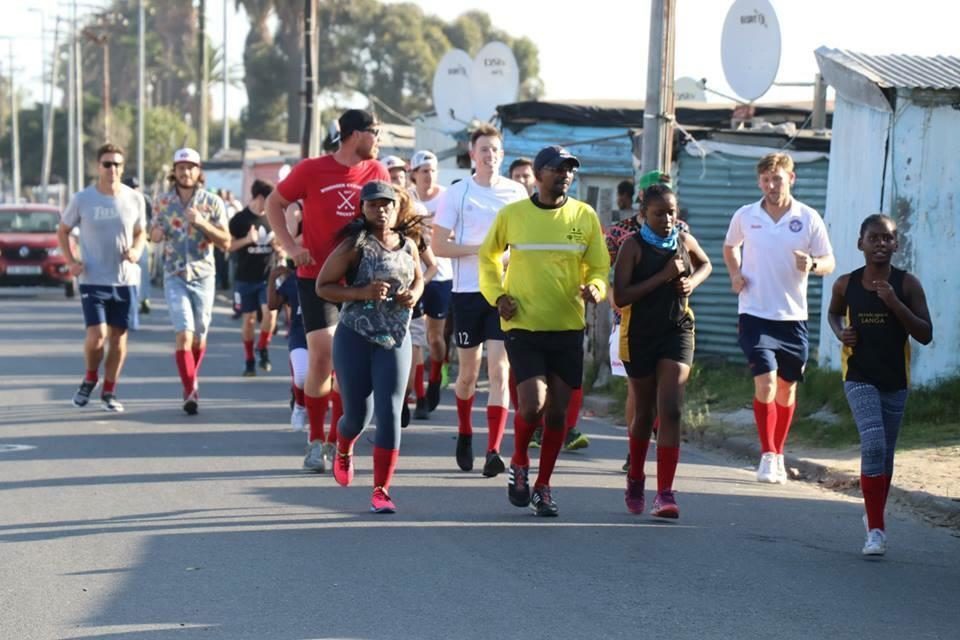 WHAT DOES SHOOOPS! MEAN TO YOU?

“It’s a community of people that are passionate and enthusiastic about all the good things in life and doing good for those around them. They are not about taking life too seriously, they love having fun, being inclusive and just love making the most of life and its simple pleasures.” – Robert Le Brun

“I’ve met people that have looked down upon me (to my feet) and when they look up to my face, sporting the biggest smiles and call out the familiar greeting ‘ShoOops!’ and I smile and ‘ShoOops!’ back at them. That’s the connecting power of RSF movement.” – Tholakele Charmain Shandu

“To me Red Socks is about community and friendship.” – Colin Chaplin aka Red Sock Manager Caffe Neo.

“The Red Socks don’t mean I move faster … they mean I never move alone.” – Dale Johnson aka The Mayor of Durbs RSF.

“To me Red Socks are a powerful symbol of unity. When I put them on it reminds me that I am connected to others across borders, language barriers and cultural differences. We are one big #ShoOops! family and often no words are needed to express this – just wearing the socks is enough.” – Thamar Houliston

“These people are my tribe.” – Tezz

“I came across the Red Sock Friday From Caffe Neo Moullie Point group shortly after I moved to Cape Town in 2015 and started joining for some runs. A couple months later some guy started running beside me. He didn’t know my name… he just kept calling me ‘Canada’. Two years later we were married… in Canada. Still loving our morning Red Socks runs with the crew who helped make it all happen!” – Jody Delichte

“Sometimes the most ordinary things could be made extraordinary, simply doing them with the right people.“ (quoting Elizabeth Green) and I am very proud to be part of this very special family who made every single run super extraordinary!” – Doreen Grossmann